Most of you are probably still in summer mode?

Well, I’m already looking forward to the coming winter. The weather forecast looks great for the end of the week… 😀 But before that here is the last “expedition” in last season.  An  awesome experience on glacers around Stubai. Enjoy. 😉

Like every trip, this one has also started at home, packing all the necessary things for bivouac on the glacier. All skiing equipment, skis, ski boots, clothes, crampons etc. and of course food for 3 days and sleeping equipment. At the end it’s quite a lot of equipment.. but I already get used to it. There’s always a lot of equipment when I go on a trip.

So we are ready to go. Driving all over Austria to Innsbruck where we picked up another 2 friends, and all the way to the Stubai glacier, where we left our car and take a chairlift all the way to the top. Up on te mountain we first had to find a nice place where we could dig a hole for bivouac.

I always enjoyed digging holes in the snow, especially this one. There were endless amounts of snow so I was like a kid in a sandbox. Building a snow cave took us about  3 hours at least. And it looked really nice at the end.

After digging we climbed and skied one easy line. Unfortunately the clouds rolled in when we were climbing up so the visibility was really bad during the descent. S**t happens.

Later in the evening the clouds were gone so we had a million star hotel. 🙂

This was the 1st time I was sleeping in the snow cave. It was nice, temperature was around 0° Celsius and the warm sleeping bags were so cozy. In fact that was the second reason why I didn’t want to wake up am 3am, besides that I was tired from all the activities.

Oh, you don’t know the backgroud of the “sleeping story”. In the evening the plan was waking up at 3am and start climbing. But that was not an option for me in that moment. 😀 In the end it turned out that this decision was the only right one. The snow would be too soft for the ascent in the middle of the night.

So in the morning we get up as usually (I don’t know the time) and did all the stuff we usually do, breakfast, looking around, choosing the line, and getting ready for skiing, the only difference was the temperature, deep below 0°. 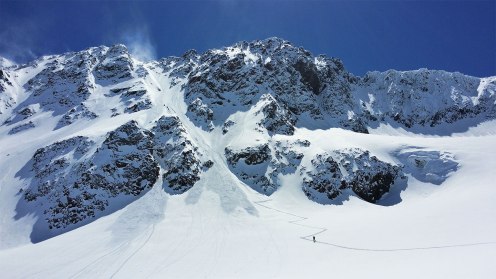 ..skis on the backpack and up we go… 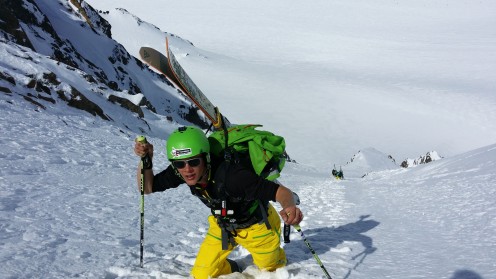 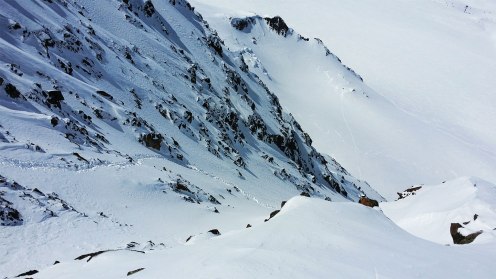 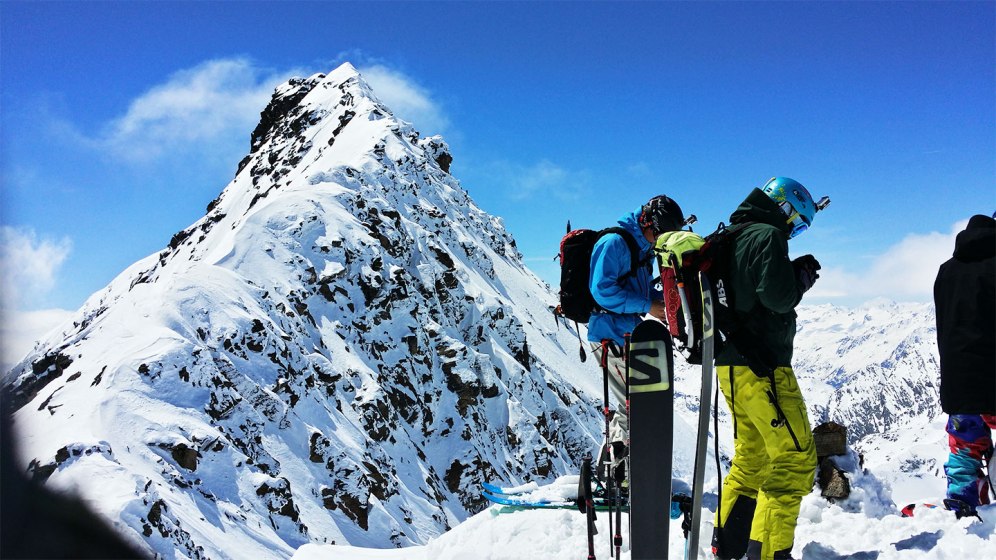 ..on the top ready to drop.

After breakfast we went skiing, well, first we had 400 vertical meters of climbing in deep snow. It was interesting, and the nice thing is that I, through the winter, developed my own special technique for climbing in steep faces with deep snow (the inclination of at least 40 degrees or more and waist deep snow). It was still tricky on some places because under 20-30 cm of snow there was a rock. But after 2 hours and 30 mins we reached the top. And what have we seen.. wow, all around us just glaciers and infinite number of lines to ski.So, let the fun starts 😀 After I found the entrance of my line, it took me only about 30 seconds to get to the bottom. It’s hard to describe these amazing feelings. I’ll not even try. 😀

Later in the afternoon it was more or less time for chilling… We made some photos, cooked ourselves a modest lunch and enjoyed in the views.

The next day we packed our stuff and went back down to the valley. It was one of the best trips of the season and I also gained priceless experiences. 🙂